Following the news of 150 confirmed cases of the Coronavirus in Italy, film production of Mission Impossible 7 has come to a halt. Production crews were supposed to be filming in Venice for 3 weeks, with Christopher McQuarrie directing. A spokesperson for Paramount Pictures gave a statement to The Wrap saying:

“Out of an abundance of caution for the safety and well-being of our cast and crew, and efforts of the local Venetian government to halt public gatherings in response to the threat of coronavirus, we are altering the production plan for our three-week shoot in Venice, the scheduled first leg of an extensive production for Mission: Impossible 7.”

Mission Impossible 7 is set to premiere July 23, 2021, with an 8th film intended to premiere August 5, 2022. Both movies are being filmed back-to-back. Probably to keep pace with our shortened attention spans (gotta strike while the iron is hot). There are no facts about what the plot will be, but if you go on YouTube you will find web pages full of fan-made teaser trailers.

The only facts so far are consist of who will be in the film. Tom Cruise (of course), along with franchise regulars like Simon Pegg, Rebecca Ferguson, and Hayley Atwell. Those who have been loyal to the films since the beginning might be interested to know that Henry Czerny will also be returning to Mission Impossible. Czerny will be returning to his role of Eugene Kittridge from the first Mission Impossible movie from 1996.

While we wait for the latest Tom Cruise action-spy-thriller, let’s recap on the best scene from MI:6, the car chase featuring a 1986 BMW 5-Series as it tries to outrun a Triumph Tiger 1200 XCX in Paris. 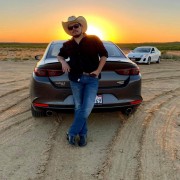 The Bugatti EB110 Gets a Front-Engine Redesign Worth Fighting Over

Kia Is Relaunching Its Brand With New Logo For 2021

Jeremy Clarkson: ITV Stands Behind Presenter But Condemns His Comments On Meghan Markle