Chevrolet has long been rumored to be developing an even harder-core Corvette than the already pretty hard-core Z06, in the vein of the ludicrous last-gen ZR1. The new ZR1 has been spotted bombing round the Nürburgring, and now it’s made the jump to its natural environment: the gas station.

The ZR1 is rumored to have a more powerful engine than the Z06’s 650hp, 6.2L supercharged V8. It comes complete with a buffet table bolted to the trunk for downforce and, most likely, a tuned-up version of that 6.2L V8 which could possibly breach 700hp. It also sounds like a wolf having a fight with a food processor. 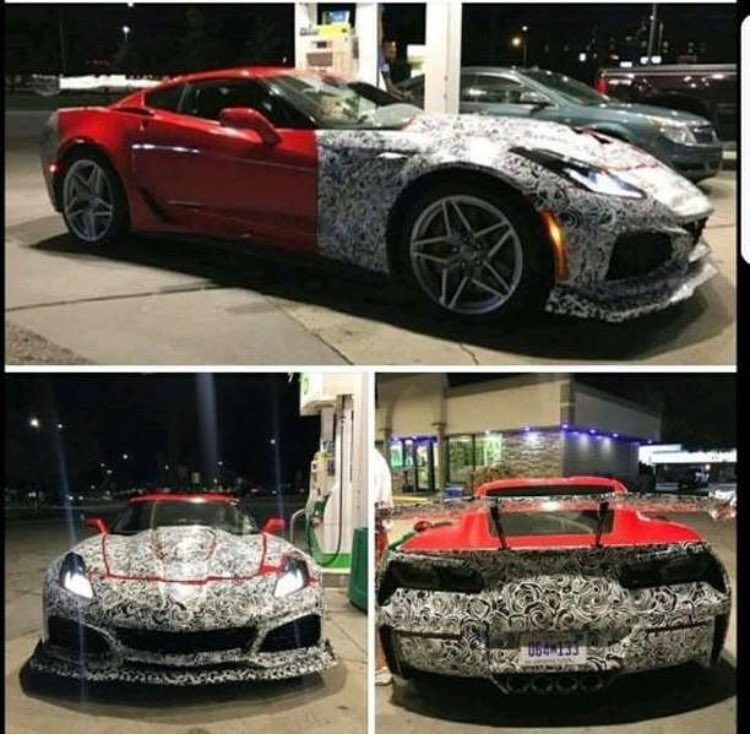 And here it is in public, strangely only halfway-camo’ed, likely to hide the rumored active aerodynamics and other fun ZR1 bits. Of course, some prototypes have been spotted without the wings, spoilers, and splitters, so this stuff will probably be optional in case you aren’t looking to have the least fuel-efficient car on the road.

The ZR1 is supposed to be unveiled in early 2018 at the Detroit auto show, but Chevy could possibly make an appearance at the LA show at the end of this year. I still think I’d take a Grand Sport.

This Is What Kaleb Cooper Of Clarkson’s Farm Drives: What Car Does Jeremy Clarkson’s Right-Hand Man Drive?

Jeremy’s Thoughts On Driving A Manual

The Grand Tour: Richard Hammond Worried He Was Going To “Break” During Dangerous Madagascar Special