This week’s episode of The Grand Tour can best be summed up in three words: “Hammond crashing jokes.” But other than that, it’s great. 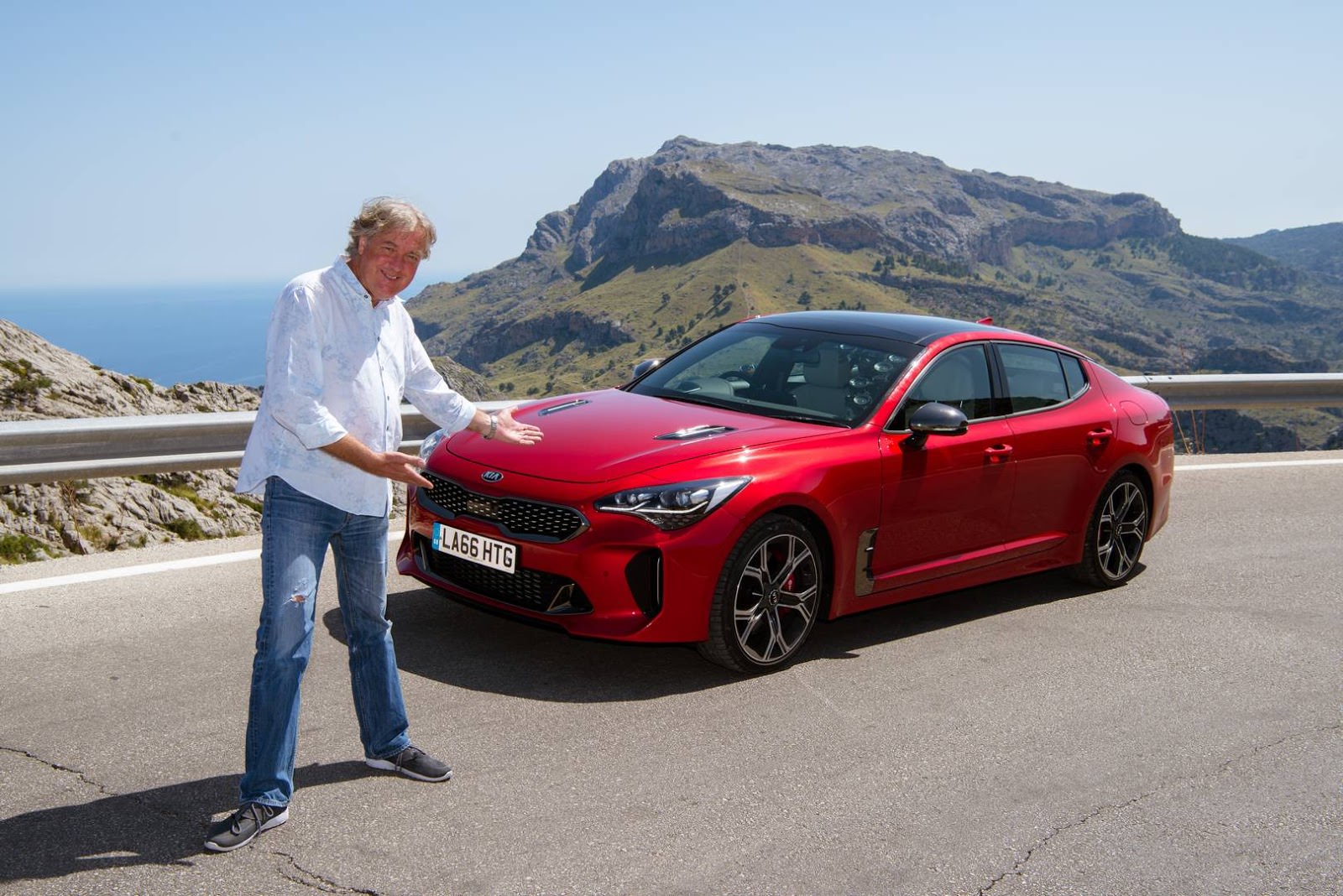 The first segment is James’ review of the Kia Stinger GT, which he tests by racing it against a pair of skateboarders on a Majorcan mountain. May beats the skaters by about six seconds, despite their purported downhill top speed of 75 mph, but weirdly doesn’t really do much of a review of the Kia. Aside from how much power it has, we don’t get any gratuitous drifting or mention of its steering feel, despite James’ uncharacteristically race-y driving during the segment. Seeing him drive in at the Eboladrome probably would have given us a more in-depth look at one of the most petrolhead-catering cars of the year.

During Celebrity Face-Off, two men who live with bears (naturalist Casey Anderson and actor Hugh Bonneville) take on the celebrity rallycross track. Bonneville, knowing pretty much nothing about cars and being part of an impromptu Tesla owners’ club, gets handily beaten by Anderson, who got comfortable driving on gravel growing up in Montana. Most of the interview, which is mercifully much more interesting than last week’s rather dry conversation between two sportsmen whose names I’ve already forgotten, is taken up by the exploits of Casey Anderson’s pet bear, whom he adopted as a cub and reportedly enjoys beer. I don’t think I’ll ever be as cool as that man.

Up next, Hammond and May solve the problem of dreary office lunch hours by inventing the sport of car park racing, or at least turning it into something of an organized sport. This is a surprisingly fun segment, embodying the “slow car fast” mantra preached the world over by people who own slow cars. Two companies send representatives in their own cars out onto a racetrack carved by Hammond and May into a Dunstable business park to whittle down two final competitors, one in a Seat Leon Cupra and the other in an E92 M3. The tightness of the business park track makes for a very entertaining race, and the Cupra actually has the edge for most of it as the BMW’s driver is constantly fighting the M3’s slippery tail, but the latter’s far superior power output means it wins by just a nose on the final straight. The integration of normal people makes it really entertaining to watch–maybe the Eboladrome should host more track days, like TopGear’s open-invite celebrity lap segments.

The final segment is Clarkson’s review of the Bugatti Chiron, which I’ve been very excited to watch. It’s one of the most beautiful reviews I’ve ever seen on the show; mercifully the Chiron isn’t shown from the back very often, and every other shot of it is staggeringly beautiful, set to delicate, dramatic piano tracks punctuated by bursts of the Chiron’s unbelievable W16 sound (imagine two Mustang engines bolted together, gargling an AMG, and you’re about 3/4 of the way to how the Chiron sounds). Just when it you think it can’t get any more car-porn-ish, we get several minutes of Clarkson ripping the Chiron through Turin, dead silent save the car’s engine, skipping through lights and over tram tracks, showing how it doesn’t negotiate tight bends as much as it beast them to a pulp. Like the Kia earlier in the show, the Chiron unfortunately doesn’t get taken round the Eboladrome, but it’s possible that’ll come later in the series.

I think The Grand Tour finally seems to be settling into the groove that was so obviously missing last season, if these last two episodes are anything to go by. Predominantly, the new season’s segments have been much more fun than before, not nearly as loaded with cringey jokes and stunts that made absolutely no effort to hide how scripted they were. That final Bugatti film was just brutally satisfying, and dare I say it, not long enough. I’d have loved it if the episode had been just a couple minutes longer so Clarkson could have told us a bit more about the Chiron’s interior, perhaps, or drag raced it against something faster than an M4 (cool, but not really a great benchmark). Nevertheless, Episode 3 capably continues the second series’ upward trajectory.

Filming On The Grand Tour's Second Season Has Finally Wrapped

This Lamborghini Miura Rendering Is Exactly What We Need Right Now

F1 News: Daniel Ricciardo Comes To Terms With No Seat For 2023