This week, the Grand Tour tent remains in Loch Ness, Scotland, where Richard and James are convinced the monster in the lake is real, and the audience agrees. Jeremy, on the other hand, would rather have a conversation about the great roads in Scotland that were amazing and brilliant to drive on until the local constabulary decided to “crackdown” on speeding motorists.

But Scotland is also the home of golf, which reminds Jeremy of golfists cars, and this week he’s chosen the Lexus GSF to review. The biggest problem Jeremy has with the car is the navigation system, because every time he goes to retrieve a drink from the cup holder, his giant meaty hand knocks into the mouse that drives the system.

I may be a bit biased in my reviews, leaning toward the opinions of one Mr. Clarkson, but I had to have a moment with this one. My own mother drives a Lexus with the same mouse-driven system, and not once have I heard her complain about it being too sensitive or in the way or too close to cup holders, and I have to, HAVE TO, come to the conclusion that Jeremy is both nitpicking and being an ape, as he’s often accused of being.

But the car itself was a thing of beauty to behold around the Eboladrome. Damp track and an unimpressive lap time aside, even Jeremy couldn’t help having a good time “hanging the arse out” in it. And who could blame him? In recent years the Lexus line up of vehicles has not only become more attractive aesthetically, but the handling and the performance have improved. These are shifting from being the golfist vehicles Jeremy always makes fun of to serious contenders in the race to achieve the perfect balance of sportiness and luxury. They even make a turbo powered smaller SUV, the NX, that competes in the crossover arena with the best of them. Lexus is definitely not to be underestimated.

As for the rest of the episode this week, the boys toyed around with luxury SUVs, Richard in a Jaguar F-Pace, James in a Bentley Bentayga, and Jeremy in, what else, a Range Rover Autobiography. The entire trip they made, full of hilariously named hamlets in the German Alps, was more than a little fun.

“The group found themselves in trouble during one section of the show as they tried to configure their sat-navs to F***ing but the mapping device either couldn’t understand what they meant, or they couldn’t bring themselves to say the name out loud.” Tilly Pearce, The Sun

I consistently found myself laughing out loud at the jokes and antics, and I have to say the writing here was improved by leaps and bounds. But there was one issue that Jeremy kept banging on about that didn’t go over well with the other two, and that’s that none of the tests or races were going to matter, because in the end, all the viewers wanted to know what how much the Range Rover was and what colors were available in time for next season’s shooting. And the thing is, he’s not wrong. When you go out to look for a 4×4 you’re not looking at Bentley because it’s both ugly and ridiculously priced, you’re not going for the Jaguar because when you think Jaguar, you do not think 4×4. Range Rover is, for all intents and purposes, the standard that the buyers, at least in Britain, hold all other SUVs against. It has a history there, and it’s not going away any time soon.

“This is why the Range Rover is the real winner. It was designed not for a target audience, but for a purpose. To climb any mountain and ford any stream, without sacrificing any comfort or ability on the road. It’s the original.” Ally Heath, GQ UK

Here in America, Range Rover may not be the standard, but I guarantee you there are many, many more on the roads here than Jaguar and Bentley SUVs. When it comes to this type of vehicle, there are makes you immediately think of, and ones you may not even realize have made an SUV because the idea is so bizarre.

Jeremy proved his point several ways, and, while tedious, it was true. And regardless of the harping, I had tons of fun watching this episode. For sheer entertainment value, this week I give episode 12 5 out of 5 labradogs and an Iguana with a silver necklace as bonus. I most definitely will be watching this episode again, and I suggest you do too. 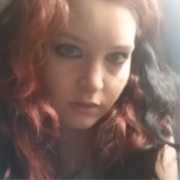 BBC Executive On What Went Wrong With Top Gear Series 23