At first glance, The Grand Tour mainly is about two things: cars and entertainment. And for many viewers that is just about how it should be. But Jeremy, James and Richard weren’t our favorite car show presenters, if they hadn’t one or two aces up their sleeves.

In every episode they add little things. You won’t need to find all of them to have fun watching their show. But if you do, you will realize how witty The Grand Tour can be. Therefore, let’s take a look at the most recent episode of TGT, shall we?

James May #1: Getting lost with Captain Slow

Yeah, it’s kind of getting a bit old by now, isn’t it? You should not trust James Mays sense of direction – as we already know from Top Gear. But did you actually know, that Captain Slow was already famous for his tendency of getting lost before Top Gear? In an interview with RAC UK of 2009, May said:

I’m famous for my poor sense of direction and I didn’t have one in life.

So why the heck did the guys trust James with working out their route to the Nurburgring? Because his sat-nav was the only one speaking German? Yeah, sure. But, oh, wait! This time, it wasn’t actually James’ fault that they got to the wrong place: He told the sat-nav the right location, but that stupid machine got it wrong. Well, that’s a first, isn’t it? 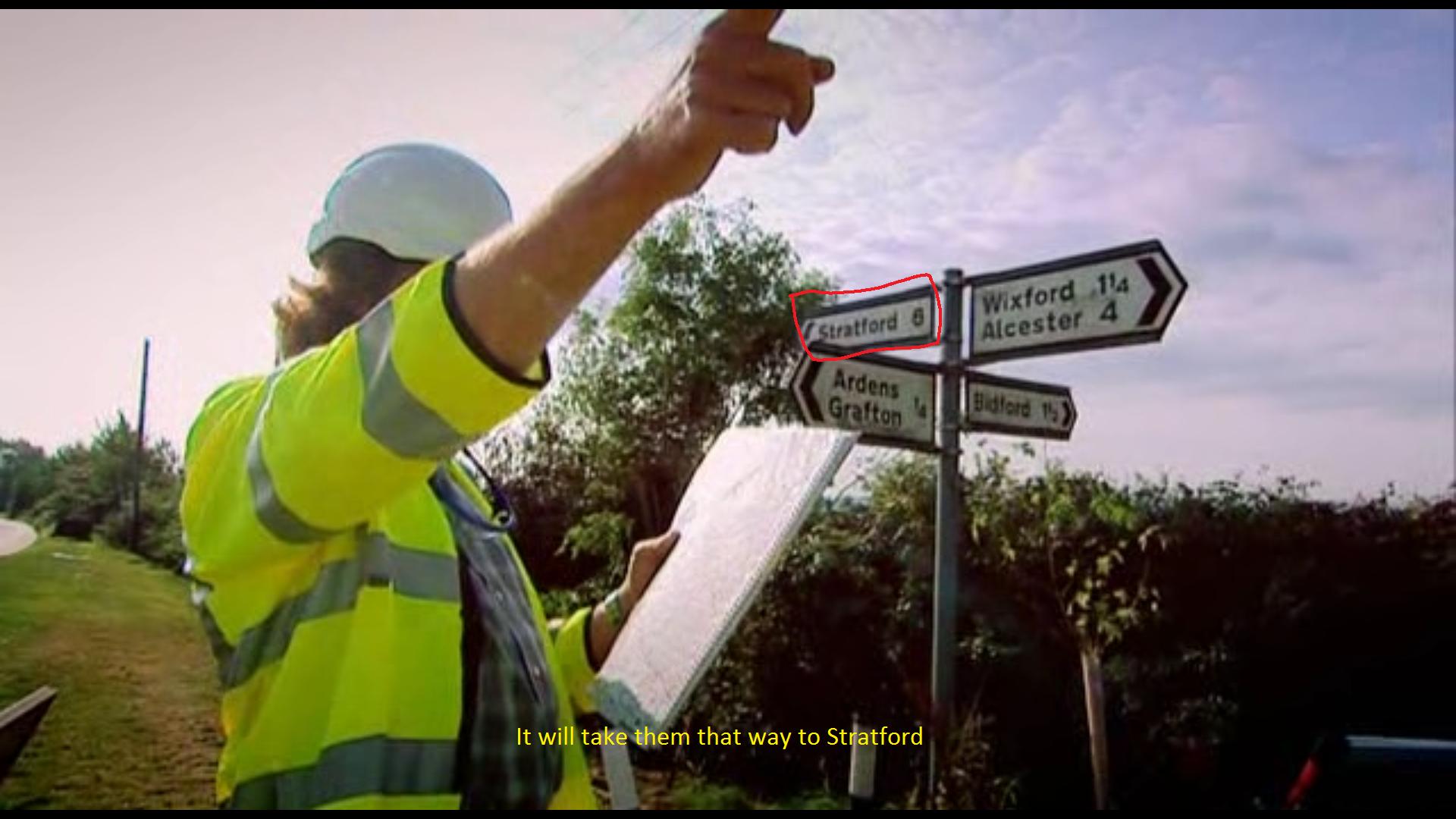 James May #2: Hans and the waterfall

If you haven’t been a fan of Top Gear for a while now, you may have missed this neat hint at the old BBC show: As James explains, why the sat-nav led them the wrong way, he says:

The thing is, I can’t actually speak German, only the bit about Hans being wet becaus he’s under a waterfall.

This sentence about Hans refers to an old Top Gear episode, scilicet season 14 episode 1: During the news section, the guys discuss the new Porsche Boxster. Hammond spells out a very complicated german word, “Doppelkupplungsgetriebe”. That prompts Jeremy to ask James about the word, since James “speaks German”. But the only german phrase James is known to be able to bring out is:

Therefore, the Jeremy and Richard in fact do know, that James’ german isn’t the best. But they still trust him with the sat-nav? Bad choice. But as I am German myself, I can assure you, that James did pronounce it fine. It’s actually the sat-nav which messed up this time. Really.

At the beginning of The Grand Tour Episode 12, Jeremy talked about the North Coast 500 – a road that should’ve been “Scotland’s answer to Route 66”. The project kind of failed, because the police shut it down. Afterwards he talks about the speed cameras on the A9. He then asks the audience, if they’d be willing to trade their living days in the future for a chance to tell the Scottish Safety Camera Partnership:

You can take our licences, but you can’t take our freedom.

This scene is in fact funny in many ways. Obvioulsy, it’s a malapropism for the famous “freedom”-speech from Braveheart:

The crowd crying “Freedom!” afterwards also resembles this scene from the famous movie. But it also reminds us of the patriotism the scots still feel: A little while ago they had a referendum about becoming independent from the UK. They didn’t. However, since most scottish people voted against the Brexit, it is assumed that they may give the referendum a second try. A little while later during the episode, James actually comes to speaking about the Brexit itself: During Conversation Street the guys talk about the Morris Ital and how its numbers in the UK have gone down.

While Jeremy is celebrating, James tells him that the rate has actually been going up again:

At that rate – a 34 per cent increase – by the year 2044, all 175,000 Morris Itals will be back on the road. It is [a disaster] and that ladies and gentleman is Brexit… That’s what they want, backwards with Britain.

The TGT-hosts are known for their opposition to Brexit. Mocking Britain for leaving the EU must therefore have occured very suitable for Jeremy and James during their stay in Scotland – Braveheart reference included. There would’ve been probably no better audience for such a joke than the freedom-loving scots.

Now it’s your turn: Did we miss anything? Did you notice certain references to pop culture, politics or the old Top Gear we didn’t mention? Let us know in the comment section below.

Jeremy Clarkson Thanks Kaleb For Clarkson’s Farm Success: “I Couldn’t Have Done This Without You”

Jeremy Clarkson Fired: Why Is The Sun Not Being Held Responsible, Too?

Isle Of Man TT Biker Tells Physics To Sod Off!