In a recently held virtual ceremony on Top Gear’s You Tube channel, the three hosts presented and named their personal favorite cars from the difficult year that has been 2020.

The hosts named their choices as the following: the all-electric ice cream van called Mr. Nippy for McGuinness; 30-year-old Jaguar XJ220 which was driven at over 200mph was Flintoff’s his favorite; Harris on the other hand picked the Porsche 911 Turbo S.

But Top Gear’s car of the year landed to Land Rover Defender, which was a “dissappointment” atleast according to The Grand Tour’s Jeremy Clarkson, Top Gear’s rival show.

McGuinness laid out points on his favorite Mr. Nippy:

“There’s only one that changes the game completely when it comes to electric cars. Everything about it, the size of it, the performance, the handling, the looks you get on the road and its all-round capabilities. It’s just an absolutely mind-blowing, amazing car to drive.

And that car is Mr Nippy. It’s like a supercar in many ways – you look at it and know it’s completely impractical, but it just makes you smile.”

“I’m talking about the cars you had on your bedroom wall, and the XJ220 is definitely one of them. You know what? If I was in a position where money was no object, I’d probably get two.”

As for Harris, he justified his Porsche 911 Turbo S:

“I know a Porsche 911 Turbo S isn’t an everyman choice, given it cost the best part of £200,000 with some options, but the paradox of the 911 gets more and more interesting as the car gets older. Porsche has made a car that drives so purely and so easily and still has all that space inside that you wouldn’t expect.”

At the ceremony, 18 prizes were given to the winners as voted by the Top Gear team.  Top Gear’s car of the year, the Defender, also bagged the unstoppable force of the year.

Awards were also given to the Aston Martin DBX, which was named super-SUV of the year, the Honda e was dubbed city car of the year and the Rolls Royce Ghost was the champion of the year’s luxury car. 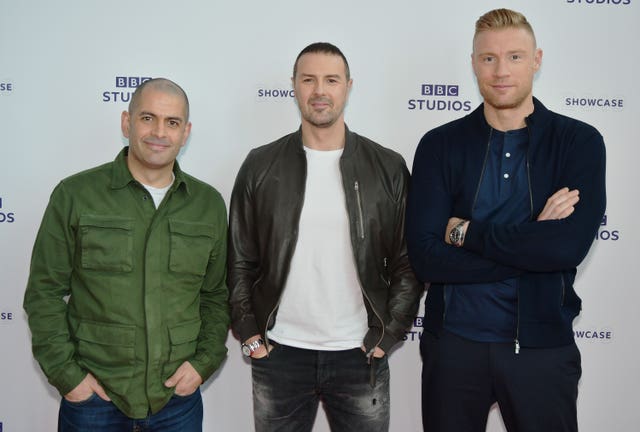 For this year’s manufacturer of the year, Top Gear awarded it to automaker Ford. The virtual ceremony is accessible now at Top Gear’s YouTube page.

The Top Gear Magazine for December issue is already available.

Jeremy Clarkson Reveals How They Get By Health And Safety

These Are The Greatest F1 Cars Through History

The Grand Tour Guide to Italy: Cars, Roads and Food