With the season now at a close, we can now take some time to step back and think about all the fun we had. I’d like to focus on the Eboladrome and the many different cars that were put around it, moreso than the driver that shall not be named right now.

So sit back, crack open a cold one and let’s kick things off with the mighty M2.

The BMW M2 from episode 1. Jeremy started off the new show, well first with a quick bit of a Ferrari 488, with what’s been said to be the best M car BMW has built.  It has a 3-liter turbocharged inline-six that makes 365 hp and drives the rear wheels through a six-speed manual, (with the optional seven-speed flappy paddle the 0-60 time comes in at 4 seconds).

What did ‘The America’ have to say about it? “This ain’t a car, it’s a cry for help”. “3-liters, 6 cylinders, this thing wouldn’t pull a greasy string out of a dogs ass”.

Episode 2 brought us…well not a whole lot we cared about, cause let’s face not many people liked it. BUT, there was a bit where we got to see this insanely gorgeous Aston. Jeremy had a bit of a struggle getting in to this one and even managed to stall it. So what makes this beaut tick? The Vulcan has a 7-liter V12 with 800 horsepower on tap. All that power is put through a 6-speed sequential gearbox and can go from 0-62 in 2.9 seconds and on to a top speed of 208mph (with the wing). This $2.3 million Aston will be one that not many people see as they only built 24 of them, so enjoy the videos.

During episode 4 Jeremy took to the Eboladrome to see if this 911 GT3 RS was better than the other 911’s on the market. Even Clarkson couldn’t deny how incredibly amazing it was. With a 500-hp 4.0-liter flat-six, an 8800-rpm redline and it’s rear wheels driven through a seven-speed dual-clutch automatic that does 0-60 in 3.4 seconds and top speed of 200, it really would be very hard to not agree with Clarkson.

What did ‘The American have to say about this German beauty? Well thankfully we didn’t have to see / hear him put this ’round.

In the same film as the Porsche GT3 RS, Jeremy put this mighty BMW M4 GTS up against the Porsche to see which one would be better at what they were really built for, the track. Surprisingly Jeremy ripped the M4 a part pretty badly. Sure the numbers are impressive but it really didn’t add up to what Jeremy was hoping for. So needless to say, the Porsche did win over these two. Quick number facts about the M4 GTS – 3.0L 6-cylinder 493 hp, rear-wheel drive. 0-60 in 3.8 seconds and a top speed of 163mph.

What did ‘The American’ have to say about this? “They say it’s got more power. Than what? My damn toothbrush?” “Turbo’s on an engine is God’s way of telling you it ain’t got enough cylinders”

In episode 6 (the holiday special), Richard got very very excited because the Mustang is now available in the UK in left hand drive. So he of course was the first person to be there as it was lowered off the cargo ship. He then took the Mustang out for a tour of Britian and showed it all that there is to see. Jeremy of course had to show up to spoil Richards fun. With a 5.0-liter 416 horsepower V8 a proper 6-speed manual gearbox and rear wheel drive, this American muscle car will do 0-62 in 4.8 seconds and on to a top speed of 155mph.

The Focus RS was brought to us by Jeremy so that he can show Richard that Britain really has no need for the Mustang. Roughly the same price as the Mustang but smaller, hatchback, similar price. It has a 2.3-liter turbocharged 4 cylinder motor that punches out a whopping 345 horsepower and will do a 0-62 time of 4.7 seconds and a top speed of 165mph. Richard does disagree with Jeremy and absolutely loves the new pony car.

What does ‘The American’ have to say about this hot hatch? “Sounds like a bunch of goddamn mice in there.” “Why the hell don’t they just start with 8 cylinders?” “Ain’t got no room in it, no place to put your beer..”

During episode 9 we got to see a lot of creativity from the trio. Building an “SUV” type thing, making electricity out of everyday activities and so on. But We also were presented, by James, this incredibly advanced brand new Honda NSX. This new revived super computer out of Japan has more gadgets and tech oozing out of it than one could ask for. As far as the bits that really matter? Well it has a 3.5-liter twin-turbo petrol engine and THREE electric motors making a total of 573 horsepower. It has four-wheel drive and a 9-speed double clutch paddle shifting gearbox.

So what does ‘The American’ think of this supercar of the future? “Where I come from, this thing is badged an Acura, kinda like a losers Cadillac.” “What is this space invaders shit?” “Electric ain’t for engines. It’s for lights and chairs.”

This beautiful new Alfa was featured in episode 10 when Jeremy stole the camera crew and went off by himself to film all the beauties of Scotland and this new Giulia. This 4 door power house is powered by a 503 horsepower 2.9-liter turbocharged V6. It can go from 0-62 in 3.9 seconds and up to a top speed of 191mph! And the sounds it produces is absolutely lovely. Richard and James both don’t really care for it and would rather have the new Jag XE S or BMW M3.

What does ‘The American’ think? “So the tall one thinks this is a good car….I still think he was dropped on his head as a child.” “This is just a BMW for people that like fancy coffee.”

Here we have the brand new Fiat Abarth 124 Spider. Richard puts this around the Ebloadrome and compares it to the new Mazda MX-5 Miata, the 124’s kinda sister. In the end Richard ends the film saying, “I don’t just like it, I love it”. Me personally being an Abarth owner and fanboy I too agree with everything Hammond said about it. It truly is an amazing little car that is going to put a smile on your face. The little Italian 2 seater is powered by a 1.4-liter turbocharged 4 cylinder engine that produces 168 horsepower. 0-62 is taken care of in 6.8 seconds and on to a top speed of 143mph.

Let’s see what ‘The American’ thinks of this beautiful convertible. “What the hell has happened in my life, that I’m over here driving a Fiat in the wet, in England.” “Hell I don’t know whether to drive this thing or use it for a spitin’ cup.” “If you like this car, I’ll bet you got a lot of fancy cushions in your house.”

Last but not least we have the new Lexus GS F. Jeremy talks to us about how if people want to buy a fast saloon car they tend to go German. BUT Japan has an alternative answer. So, what makes this big blue machine stand up against it’s German rivals? Well it has a 471 horsepower 5-liter V8 that does 0-62 in 4.6 seconds and a top speed of 168mph. So does Jeremy think that this is a must buy over the German saloons? As a day to day livable car, the Germans are far better, but as a driving machine, the GS F “has them licked”.

What about ‘The American’, does he like it? “What the hell does all this shit do in here?” “Traction control? You want something with a mind of its own get a horse, get married.” “If they would have let me bring my gun, I’d probably have shot myself by now.”

Well, there you have it, this seasons Eboladrome hot lap cars and a bunch of talk from ‘The American (sorry about that). As we move on to season 2, (hopefully this fall), we can only hope and pray that there is no more commentary from ‘The American’ or better yet just find a driver that just drives, because if you’re like me, there is just no more patience for his whining and complaining about anything that isn’t American muscle.

So until next time my friends, stay tuned here at Grand Tour Nation for any and all updates on The Grand Tour and all things automotive! Ciao! 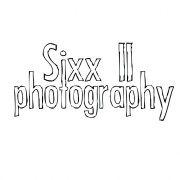 The Deaths of The Grand Tour Celebrity Brain Crash: A Look Back In Memoriam